The Club was formed in 1930, although no written records exist until 1936 for which we have the original minute book.  It looks likely that the first matches were played in East Devon  but in the mid 1930s the club moved to Exeter.  Home matches were played at Countess Wear; which in 1936 was known as The Polo Ground.   The Countess Wear Hotel  was the clubs headquarters and, in 1936, provided post match teas and a bath at a cost of 1sh 3d per head. 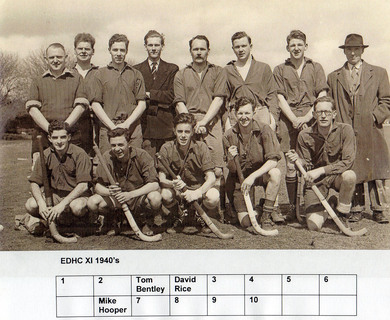 The Second World War brought a five year hiatus, but the minutes pick up again at the end of the hostilities showing the club resumed competitive action with just one team.   In those immediate post war years the Club was very much a gentlemans club, who enjoyed their friendly hockey, club code of dress with club ties, summer tennis and dinners and dances. 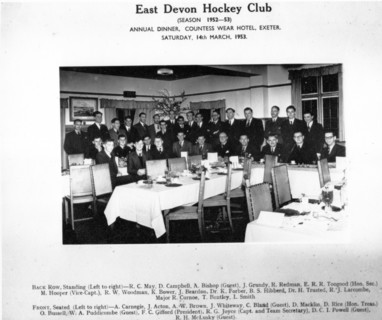 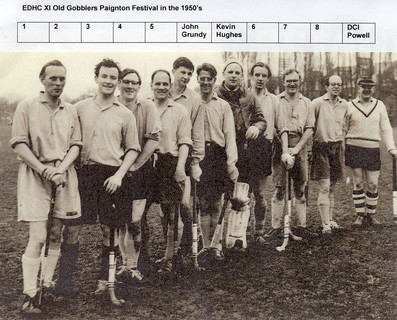 In 1977, the club were founder members of the West Hockey League, and all games became league fixtures.  Playing grounds moved from the grass pitches of St Georges Playing Fields to Astro pitches at Colyton Grammar, Okehampton and the Marine Pitch at Lympstone. In recent years we  moved back into Exeter to the Astro pitch at West Exe School and currently at St Peters and St Lukes School.

In the last 10 years the club has moved away from just  being a club for male adult hockey players to embracing and encouraging the development of young  players, with a Junior section for boys and girls below the age of 14 and age group teams for Under 10s,12s and U14s.   In 2018 the recently formed girls under 10 team were runners up in the Devon County Tournament.

Contact us today if you are interested in finding out more about our club either as a player, official, coach or volunteer.

Details of Data Controller are